Where is Askia? Rapper accused of drug addiction, dumped by Alpha Better Records 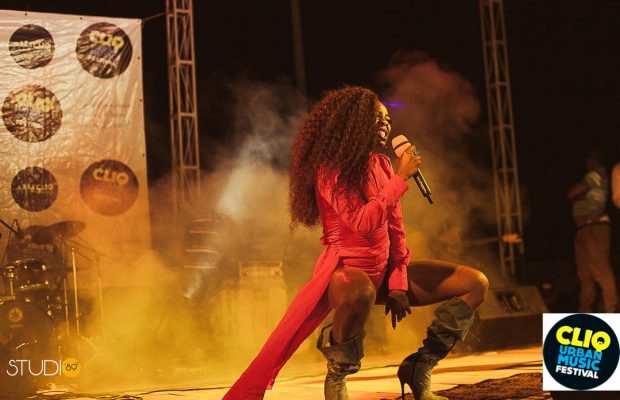 Where exactly is Askia?

Fans and media are going bonkers over Askia‘s whereabouts and what is really happening to her career.

The 26-year-old rapper, signed to Alpha Better Records  since 2016, hasn’t been seen since her last public appearance at Claudio Oben‘s movie premiere, Defying The 6th, at Mountain Hotel in Buea on April 21. Now the questions and conspiracy theories have began kicking in. Victor Kange, editor for 237showbiz.com reports that Askia has been thrown out of her record label for reasons of inconsistency in her music delivery. He adds that she was spotted recording in another producer’s studio in Buea despite having talented producers like Akwandor, Big Joe and her own boss, Salatiel in her own record label.

Popular blogger, Kiki Bandy of Kinnaka’s blog further claims the rapper is now addicted to hard drugs and that’s why Salatiel has dropped her from Alpha Better Records. An inside source tells the blog that the label has parted ways with the popular femcee due to drug abuse. The blog has confirmed, Askia is addicted to cocaine and heroin (commonly referred to as Caillou in Cameroon) and claims she is been threatened by local drug dealers over unpaid debts.

Askia‘s birthday was yesterday, June 6 and no one saw a birthday wish from her boss, Salatiel nor read a single post on her label’s official social media accounts. The rapper hasn’t been seen on set of any of her label mate’s recent video shoots either. Meanwhile, every other member made it to the locations.

Askia has also not been able to release a single since she dropped ‘Ma Valeur‘ back in October 2017. Instead, she’s appeared in several of her group’s general collaboration tracks including ‘Higher Higher‘ in December.

Rumours also have it that the rapper is pregnant with her first child even though no one has come up with any proof whatsoever. Or, could she be hiding because she’s working on some great new music? Well, as the conspiracy theories continue to fly around town, we will be here to give you all the scoop and should you spot Askia anywhere, please take a selfie and send to us asap!

Until then, let’s keep on looking for ASKIA.